Who Is Hazel Scott, The Woman Who Inspired Alicia Keys? 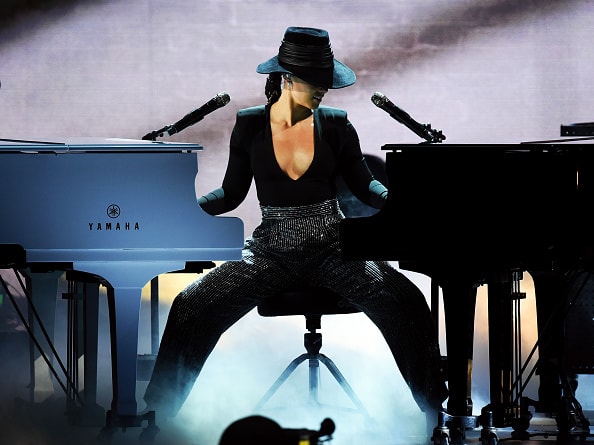 Alicia Keys not only reminded the world of her incredible skills on the piano at Sunday’s GRAMMYs show, but she also introduced millions to one of the most talented pianists in history.

Playing an incredible medley of some of her favorite songs, Alicia Keys performed using not one but two pianos. Her inspiration was artist Hazel Scott, an incredible Black woman who was a pioneer in jazz music.

“I’ve been [thinking] so much about the people and the music that have inspired me,” Keys said while playing the two instruments. “I want to give a shout out to Hazel Scott, because I always wanted to play two pianos.” 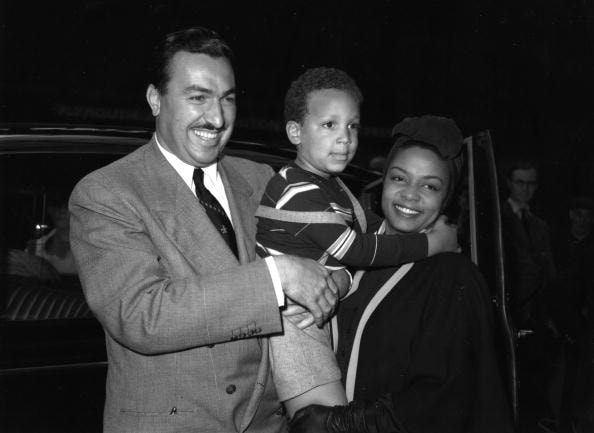 4th September 1951: American pianist and singer Hazel Scott with her husband Congressman Adam Clayton and their son, on arrival in London where she will be performing at the London Palladium. (Photo by Ron Case/Keystone/Getty Images)

Scott, who began studying piano at the age of 4 and was deemed a musical “genius” at the age of 8, came of age during the Harlem Rennaissance.

Her 1981 obituary in the New York Times revealed:

“In December 1940, when Miss Scott made her piano debut at Carnegie Hall, she began by playing Liszt’s Hungarian Rhapsody No. 2 in a conventional style. Then, to the relief of her fans, she switched the tempo to her own modern-jazz interpretation. ”It was witty, daring, modern, but never irreverent,” wrote a critic reviewing the performance. ”Liszt would have been delighted.”

Scott, who was once married to congressman and civil rights leader Adam Clayton Powell, Jr., also broke barriers in Hollywood, radio and Broadway. She was the first Black woman to host her own television special, The Hazel Scott Show, and also won a historic labor case where she refused to play for a segregated audience in 1948.

Scott’s career was reportedly cut short when she was accused of being a Communist and her show was canceled. She died in 1981 at the age of 61.

Here she is showing off the routine that inspired Keys’ performance:

This is just a fragment of an other video of this movie I've posted. And this is only to inspire you to see/ buy the original movie " The Heat's On "

Keys’ tribute to the incredible work of Scott was fitting, considering her hosting gig of the 61st annual GRAMMYs and the timing of the show during Black History Month.

Keys’ medley included classic hits like Roberta Flack’s “Killing Me Softly” and Nat King Cole’s “Unforgettable” as well as newer hits like Ella Mai’s  “Boo’d Up,” “In My Feelings” by Drake and “Use Somebody” by Kings of Leon.

Grammys 2019 host Alicia Keys reminded all of us just how good she is. From Nat King Cole to Drake, here's a medley of songs the singer put her own twist on while playing two pianos. For more on this story: https://bit.ly/2WXymGq Do you like what you see?